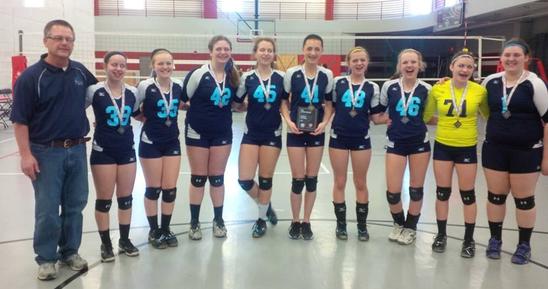 -Regional level teams will practice once a week if they play on Sunday and twice a week if not playing on Sunday. (once on a week day and once on Sunday)

-National level teams will practice twice a week during the week and on Sunday if they are not playing in a tournament that weekend.

We brag that we have the best volleyball coaches in the area!

Our coaches are committed to developing your athlete to be the best possible volleyball player they can be. When you choose NLV you are choosing to join not just a club, but a family! As a family we care about more than just wins and loses. We care that your athlete is working on skills such as; teamwork, communication, dedication, sportsmanship as well as learning volleyball skills!

Here are some of our experienced and noteworthy coaches:

These teams will compete at the Westwood tournaments and travel to Wisconsin Dells for the Diggin' In the Dells Tournament at the end of their season.

These teams will compete in the Westwood tournaments, Diggin' in the Dells, and multiple travel tournaments with a schedule built by the coach and team. Their season will end with the AAU National Tournament in Florida at the end of June.

We’re committed to making every one of our athletes the best volleyball player they can be!

No Limits Volleyball is a JVA affiliated club. We have both national level teams and regional level teams. Our wide range of ability level teams allows for every athlete to find a team that is perfect for them. Age divisions range from 10u to 18u.

The Regional level team's season is from December to April.

The National level team's season is from December to June.

Committed to your athlete's Success! 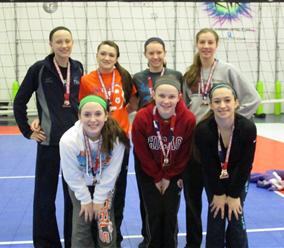